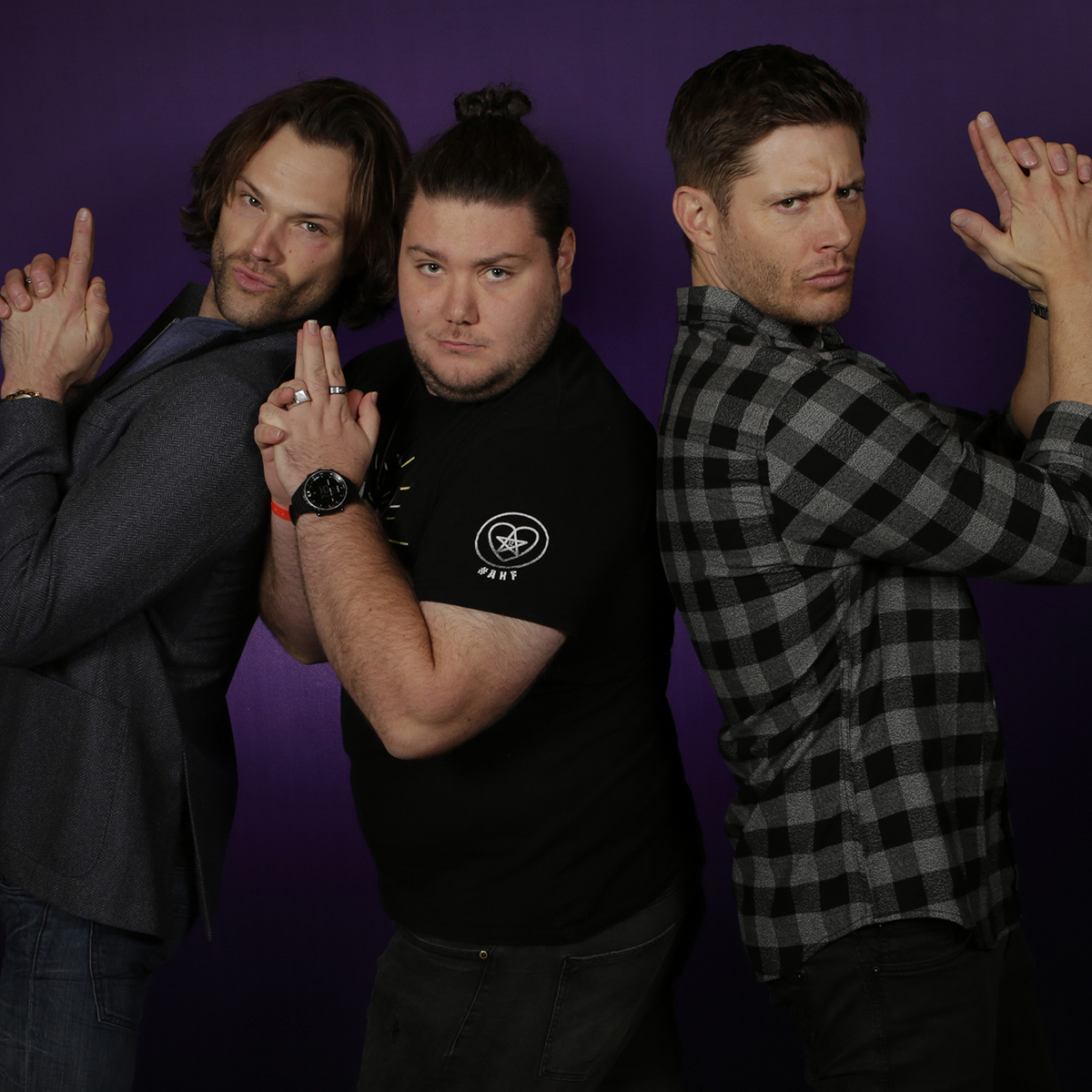 My name's Lewis Hackfath and I currently live in NSW Australia. I have dreams of becoming an Actor, Writer and Director for television and enjoy Musical theater. I am a huge fan of the television show "Supernatural" and am hoping to be documenting my convention experiences on my blog while posting photos/videos in the gallery. I have a page dedicated to my currently under utilized Instagram account and a page where I one day hope to begin posting projects that I have worked on or am working on.

So I think I speak for a lot of people when I say that Covid19 has gotten me down.Its restricted so many things and has forced the cancellation of a few trips and events I was very excited about. Luckily the amazing theatre community in Coffs Harbour has banded together recently with Naidu Performing Arts Company to create couch concerts. A little way to keep everyone involved in the arts and have some sort of Creative Outlet.

I am lucky to have some extremely talented friends, a video camera, a green screen and some video editing skills. Together we entered two of the three couch concerts that have been performed thus far.

Couch Concert #2 our first one was Disney themed…. but instead of sticking to classic Disney, we went with parody Disney. Specifically the “Starkid” Musical “Twisted the Untold Story of a Royal Vizier” the story of Aladdin but told from Jafar’s perspective. We sang the song “Happy Ending” check it out below:

Couch Concert #3 was “Opposites Attract” sing something normally sung by the opposite gender. We chose the Broadway Musical “Wicked – For Good”.

Both of these performances have been a blast and have been an awesome creative outlet.
I encourage everyone interested in the arts to find something like this to keep you sane during these uncertain times.

In January of 2020 I was part of the Naidu Performing Arts Companies Production – A Very Evil Cabaret. I auditioned for this production in December 2019 and was cast in the lead role of “Ursula” and doubling as one of “The Ugly Step Sisters” as well as part of the main ensemble.

What an awesome experience it was! In just 14 days we learnt monologues, choreography, harmonies and our movement and transition on the stage. With a cast of only 15 we pulled off an amazing and awe-inspiring show.

I won’t lie and say it wasn’t a stressful experience at times, learning some difficult harmonies whilst working full time, running a business and trying to maintain a somewhat healthy social life did take its toll. However I would like to think that we all did Jade (Director) & Josh (Musical Director/Assistant Director) proud.

I know I am proud of what I achieved personally & of everyone in the cast I feel so grateful to have been a part of the show and cannot thank Jade and Josh enough for the opportunity to be a part of this amazing and incredible production.

As part of the show I sang in the ensemble as a tenor for “Step into the Bad Side”, “The Whole being dead thing!” & “Light”. I also had solos in “Stepsisters Lament” & “Diamond in the Rough!” I also finally got the chance to perform “Poor Unfortunate Souls” from the Broadway Musical “The Little Mermaid”.

I cannot tell you the joy and excitement I felt when I was told I would get to play “Ursula”, for many years I have longed for the opportunity to play this role and have even considered putting the show on just for the opportunity. So when Jade sent out the email confirming that I was Ursula I was overjoyed to say the least. I cannot thank Jenny Touzel enough for the load of her Ursula Tentacles, Flotsam & Jetsom Puppets and Shell Necklace. I felt these costume pieces really brought my performance to life and allowed me to truly get into the character…. On a side note those tentacles really did have a mind of their own, knocking things over, getting caught on barstools, poking people in inconvenient places.

Now onto some little thank you’s…

Tegan, Yasmin and Keeleigh, watching you girls dance and perform was inspiring, the way each and everyone of you can move and control what you are doing is amazing. I am so glad to have gotten the opportunity to work with you in this production and I look forward to doing so again in the future.

John, its been a while since we last tread the boards together, thank you for the laughs, but don’t try and steal our cook any more!

Tracy & Elise, So great to have worked with you! Elise your frozen monologue was hilarious, and Trace! Who ever knew you could sing and dance at the same time! Thanks for all the fun!

Jess and Matt, it was great to perform alongside you both! Matt you better stop yelling about me screwing king triton or you might run into a tentacle 8 times more! Jess! What can I say it was great to watch you grow and develop throughout the rehearsals and at each show! I look forward to working with you both again!

Dee and Di, what can I say that I haven’t already to each of you! I love performing alongside you both and to do so again has been a pleasure and its all been mine! I look forward to the next time we walk the stage together and hope its soon!

Tahlia and Rebecca, the evil bitches! Its been a blast! thanks for all our mini rehearsals and the laughs! I look forward to our next show together! <3 you both!

Lincoln and Josh, its been a blast! Lincoln, it was awesome to be onstage with you again its been for too long! Thanks for all the laughs and for not letting us run out of Zebra, even though it cost you your wife and pride rock! Josh you big ol’ bitch! I can honestly say that there isn’t a dull moment with you around, from our backstage hilarity to our quoting of Norbit to Esther and Georgina. I have a great deal of respect for you and am in awe of your talent.

Jade! I don’t know how I can express into words the adoration and respect I have for you! Thank you so much for your amazingly talented self, your swift and decisive direction and your constant coaching! Most of all thank you for the opportunities you have provided me!

Brett, Greg and Jacks! You guys rock Greg the way you play that mixer like its an instrument and keep us all sounding so great is an art! Brett, thanks for keeping us in the light! After such a dark show we definitely needed some light. Jacks thanks for all your work, running around like crazy putting everything together and making sure everything was done.

I love you all and I look forward to working with you all again soon!

I leave you with a few of my favourite pics from the show and a video of my Performance as Ursula!

Proud of Your Boy – Aladdin the Broadway Musical

I decided to purchase some new headphones to replace my old and worn out ones. And I thought to break them in I’d record a little song! So here me singing Proud of Your Boy from the Broadway Musical Aladdin.